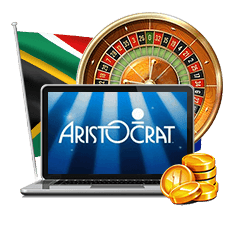 Founded in 1953, Australia based Aristocrat is another company that started its life as a provider of offline gambling products. In fact, it's one of the largest slot machine manufacturers in the world, second only to IGT.

As well as slot machines, Aristocrat provides online gaming solutions and linked jackpot systems. It also boasts one of the biggest names in the slot machine industry - Queen of the Nile. You can try the title at Springbok Casino, voted 2022 casino of the year by our players, or else choose any of our top Aristocrat casinos online now.

“With mobile games in the works, a strong offline gaming presence, and hugely popular online titles, Aristocrat continues to make a name for themselves in a very competitive space.”

For online casino operators, there are plenty of advantages to working with Aristocrat. Although their time in the world of online gambling is comparatively limited, many of their flagship slot machines are household (or 'land-based casinohold', at the very least) names.

They also hold a great deal of data about which titles are popular, and where. For example, Queen of the Nile is very popular with American players so is often featured in advertising aimed at players from the USA. However, there are other advantages to Aristocrat games that are more relevant to potential customers like you.

With mobile games in the works and an enormous amount of experience in catering for the offline gambling experience, Aristocrat continues to make a name for themselves in a very competitive space. Serious players recognise that experience and generally have a lot of respect for Aristocrat, while small-time players may even find that they never play on a title that doesn't belong to Aristocrat - their biggest name offerings really are THAT popular.

Headquartered in Australia, where the online gambling situation is almost as hazy as here in South Africa, Amaya has offices all over the world including locations in Africa, Asia and North America. Aristocrat has a lot of experience dealing with legislation designed to prevent customers partaking in online gambling, so their games are less common in jurisdictions where online gambling is not permitted.

If you're looking to gamble in South Africa, there are a number of sites featuring Aristocrat games that accept payments in rand. The ones featured here are some of the best.

Play now at Springbok Casino and get R11,500 free!
Frequently Asked Questions
Who are Aristocrat?

Aristocrat started life as a company producing slot machines for land-based casinos, however they’ve moved with the times and now offer a selection of slots for online casinos. They are one of the most trusted names in the world of slots, and some players have spent their whole lives playing machines created by this Australian brand. Many of their online slots are made in conjunction with Amaya, which adds an extra stamp of quality to them.

What games are they responsible for?

They generally focus on the online slot market, leaving games such as blackjack and roulette to other companies. This focus on one area has allowed them to hone their craft perfectly, so it’s no wonder many people consider their slots to be the best around.

Which ones are popular?

There are a number of popular Aristocrat slots, however the most popular is probably Queen of the Nile, as well as its sequel. Other popular slots created by this company include Wild Panda, Tiki Torch, Pompeii and Red Baron. Expect new slots to be added to their portfolio on a regular basis!

Where can I play them online?

Many different casinos offer Aristocrat slots to their players, although their selection isn’t huge. This means that slots from Aristocrat are often mixed in with slots from another company, so that the casino can have a larger range to offer players. To find casinos featuring Aristocrat slots, take a look through the casino reviews at this site.

How can I win?

How do they compare to other software providers?

Aristocrat compares favourably with all other software providers out there, although their range isn’t as big as most. Their closest competitor is IGT, as this is the other big company that was also heavily active in the land-based slots market. Whether you prefer Aristocrat slots over slots from companies such as IGT and Microgaming is entirely down to personal preference though.

Aristocrat is one of the most trusted names in the world of slots, as they have been trading since the 1950s. They have built up a loyal fan-base over the years, and they very rarely receive any complaints about their online slots. If you’re looking for a name you can trust, Aristocrat comes at the top of the list.

Are the games rigged?

No, they are categorically not rigged. All casino games must pass stringent tests to ensure that they are fair to all players, and if they fail, they won’t be allowed by the regulators. The fact that Aristocrat have so many slots all over the internet shows that they pass all inspections and can be trusted. 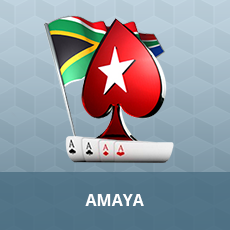 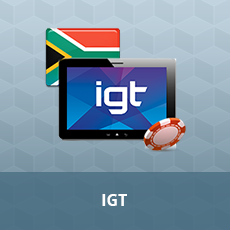 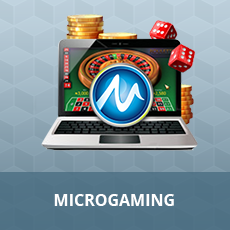 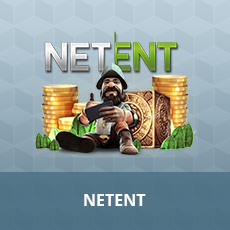